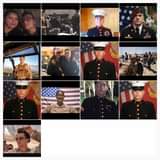 Dedicated to the 13 military personnel that lost their lives in Kabul, Afghanistan on August 26th, 2021 by a terrorist bombing at the Kabul airport while both military and civilian personnel were evacuating the country.

Thanks for your interest in joining

To sign up for a FREE class,
Simply fill out the form below.